LTD & IDI – A Solution To A Real Life Problem

LTD & IDI – A Solution To A Real Life Problem

An employer paid Group Long Term Disability plan is a great benefit for the employees. However, a recent disability claim situation revealed that an individual disability policy was required to provide an adequate level of income and prevent a financial disaster.

A producer called to make sure that he did not have the same problem as of his brother. The producer's brother was totally disabled as a result of cancer. He qualified for his group long term disability benefit, but the dollar amount was lower than anticipated. He was expecting 60% of total compensation benefit, but received a lower benefit. His bonus income was not covered under the definition of covered earnings. Panic started to sink in when he also learned he was going to lose an estimated amount of 25% of his benefit to taxes. His treatment required that he and his wife travel to his treatment center. These travel and related expenses were expensive and totally unexpected. The end result was financial disaster. Just as importantly, instead of focusing on getting better, his focus was on money problems.

The producer was relieved that he now could secure and maintain his lifestyle in case of a disability. He was still concerned that he was not prepared financially should he have a similar condition as his brother. The Critical Illness product could offer the solution for this specific need. A $50,000 policy would pay upon the diagnosis of a covered condition. This amount, representing 6 months income, would be used to fill the gap before his disability benefits would be payable and provide the needed cash for travel and other related expenses. 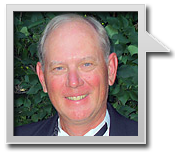 Ken Bloch is the partner in the Charlotte NC Plus Group office. He began his career as an underwriter and then a group product sales representative and sales manager. He became the manager of the Charlotte Individual DI Brokerage office for a major carrier in 1983 and continued in this role until 1996. Since 1996, Ken has been active in the Plus Group having served as the President of the organization. Ken is a frequent speaker at regional and national conferences and has published several articles in magazines such as Broker World, Life Insurance Selling and The Charlotte Observer. In 2007, Ken was awarded the Financial Advisor of the Year Award by the Charlotte Association of Insurance and Financial Advisors.
Bloch can be reached at 704-643-0999 or by email at kenb@plusgroupus.com.