Disability Insurance Underwriting and the Impact of Unearned Income

Disability Insurance Underwriting and the Impact of Unearned Income

When underwriting disability insurance, it is important to consider not only an applicant's earned income (i.e., salary or business profits) but also his/her unearned income. Underwriters must take into consideration unearned income such as interest, dividends, alimony and rental or pension income that would continue to be received even if the insured stopped working. Consequently applicants with significant unearned income have a diminished need for disability coverage because the unearned income serves much like a disability policy benefit.

Most carriers feel that a small amount of unearned income is not a major factor in determining how much disability coverage an applicant qualifies for. It is also understood that income from investments, such as dividends or interest may not be steady and depend in large part on the economic climate. As a result carriers will use a formula to determine the benefit amount available to individuals with significant amounts of unearned income.

Less frequently, an applicant may be receiving pension income from an early retirement. This source of unearned income differs from the more commonly encountered investment income in that it is fixed and not subject to fluctuation. In these situations most carriers will again forgive the first $20,000 - $30,000 of pension (unearned) income, but will deduct 100 percent of the remaining monthly pension income from the benefit amount. In our example above, if instead of $60,000 in dividends the applicant received a $60,000 pension, the monthly disability benefit available would be reduced to $7,150. ($60,000 - $30,000 = $2,500; $9,650 - $2,500 = $7,150).

Other source of unearned income is capital gains. Because capital gains normally result from one-time transactions and are even less predictable than interest or dividends, they are generally ignored from an underwriting standpoint. However, a pattern of unusually large capital gains year after year may require that they be taken into account.

While having to reduce benefit amounts due to unearned income is not a common occurrence, it is important to understand that unearned income is considered when financially underwriting disability applicants and that carriers use different formulas to determine benefit eligibility. When a significant amount of unearned income is present it is best to contact your underwriter to discuss the situation. 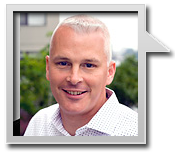 Jeff is the president of the Plus Group office in Seattle, WA. He is a published author and has been a featured guest speaker at numerous NAIFA and FPA events across the country. He is a founding member of the International DI Society and currently serves on the board of The Plus Group.